The Fascinating History & Design of the Britannia Gold Coin

The Britannia gold coin is a British bullion coin that has been in production since 1987. It was originally made of .917 fine gold and had a face value of £100. Over the years, the design of the Britannia gold coin has changed quite a bit, but its underlying symbolism remains the same. Here we will take a closer look at the history of this iconic gold coin and explore some of its most notable design features.

History of the Britannia

Britannia is a symbol of Britain that has been seen on coins for centuries. The first time she appeared was back in the Roman era when Emperor Hadrian introduced these figures which personified Britain as Brittannia - or “Britannian Woman." She reappeared after the Romans left but disappeared from sight until Elizabeth I's reign who made her part of national life once more through drama and literature associated with the maritime empire during Tudor times.

John Selden was an English legal scholar who, in 1636 argued that Britannia proved Britain's claim to the seas around her because she had been shown on Roman coins seated amidst waves. This portrayed our naval strength, which lead Charles II to introduce this symbol of ours into currency, at the time were copper coins. 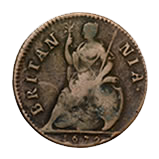 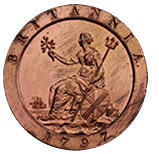 When Britannia reappeared on coins in 1797, she was no longer a proud Roman Warrior but rather seated next to rocks with ships in the background. This change took place during England's reign as an independent kingdom after it separated itself from larger portions of Europe that were ruled by Napoleonic France between 1801-1815 and again following their defeat at Waterloo which led them back under control once more prior to starting up what would eventually become known globally simply called "The United Kingdom." 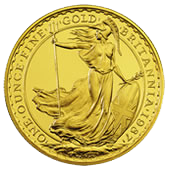 They say that beauty is in the eye of the beholder, but you'll be able to verify your coin's authenticity with just one glance. The Royal Mint has created an innovative security feature which makes these coins prized possessions for collectors around world!

Latent Image: First introduced to the £2 coin, an innovative design that allowed its image to change depending on how it was viewed. When seen from different angles, the latent pattern revealed itself as either a padlock or trident symbolizing security and protection respectively. 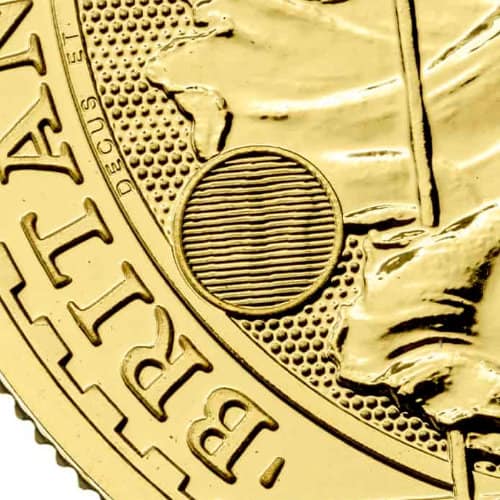 Surface Animation: The coin's surface animation is just one example of the detailed work micro detail can bring to life. The figure of Britannia appears as if she were standing in water, with waves curling behind her and around each side. These are created using advanced picosecond lasers and come to life when rotated.

Micro Text: Created using specialist lasers that give it depth while also adding protection for future generations. The inscription "DECUS ET TUTAMEN", which translates to 'an ornament and a safeguard', surrounds the figure of Britannia.

Tincture lines: The Royal Mint has introduced tincture lines to show off the traditional art of carving, depicting patterns on the metal.

Our Range of Gold Britannia's 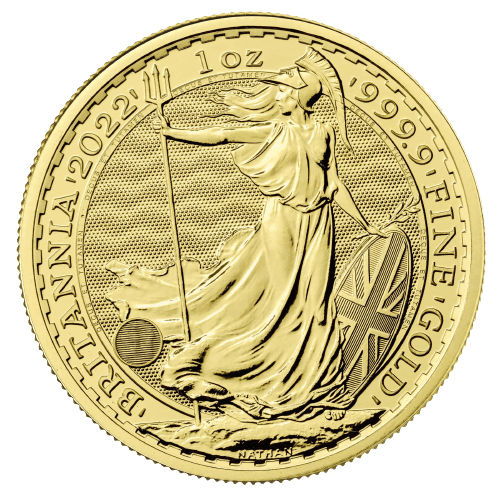 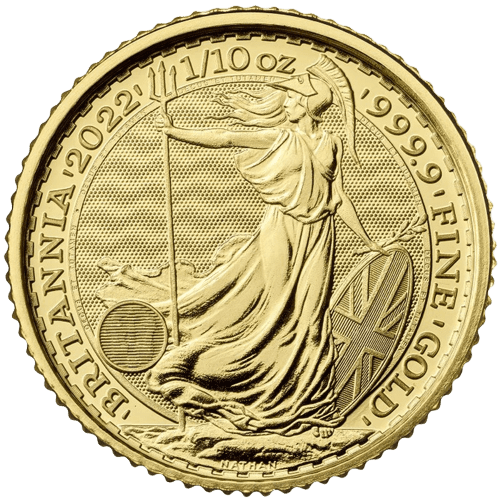 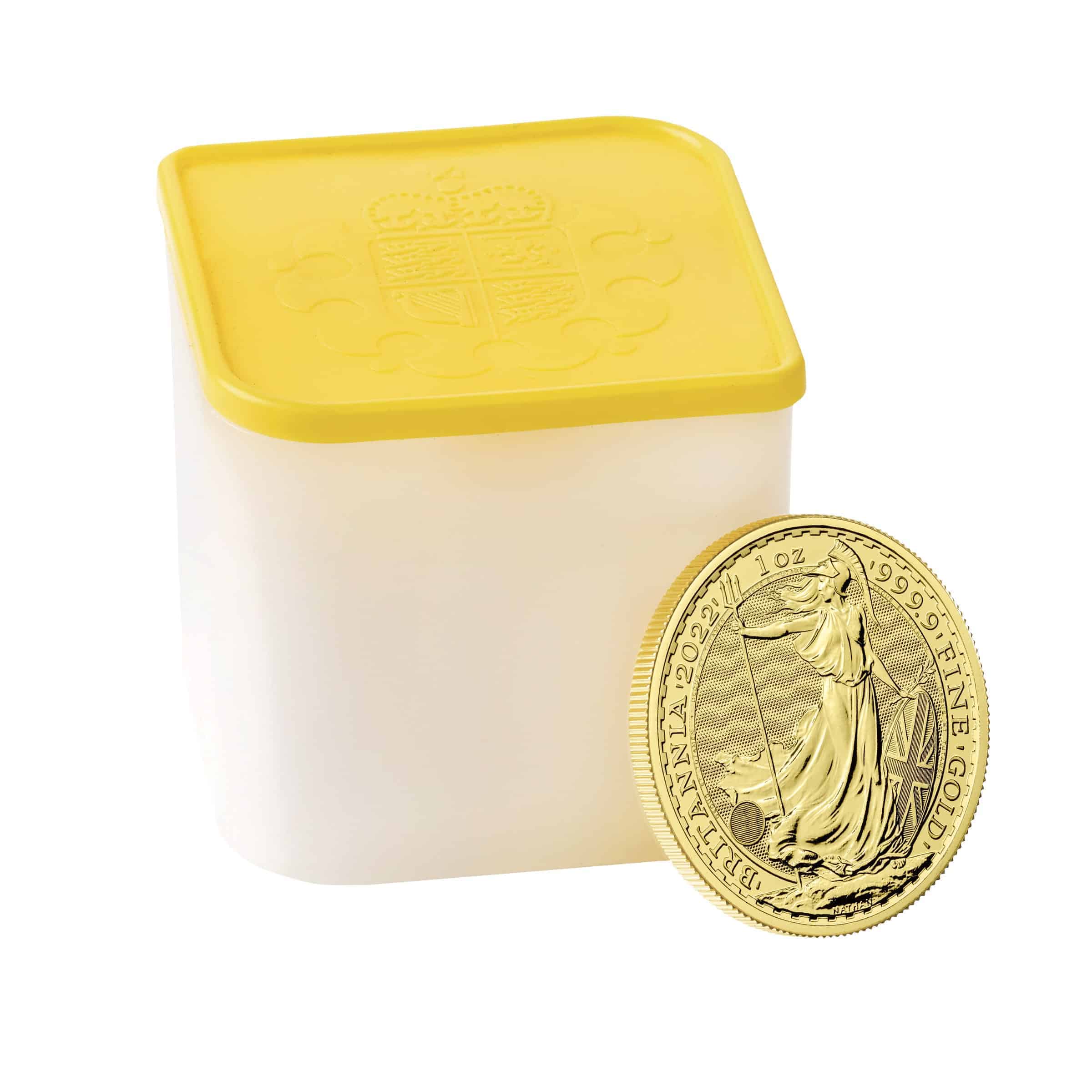 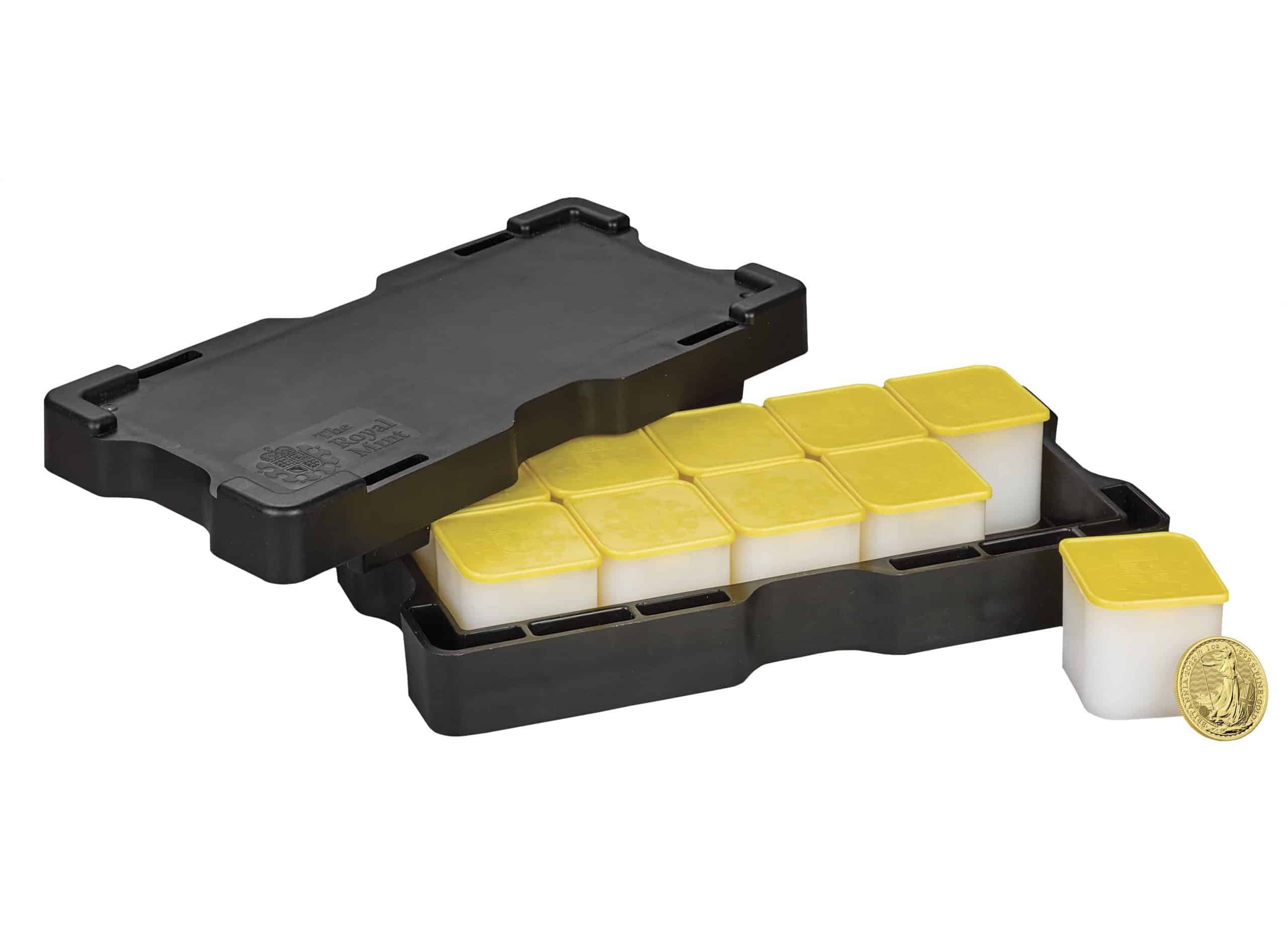 What is the Gold / Silver ratio?